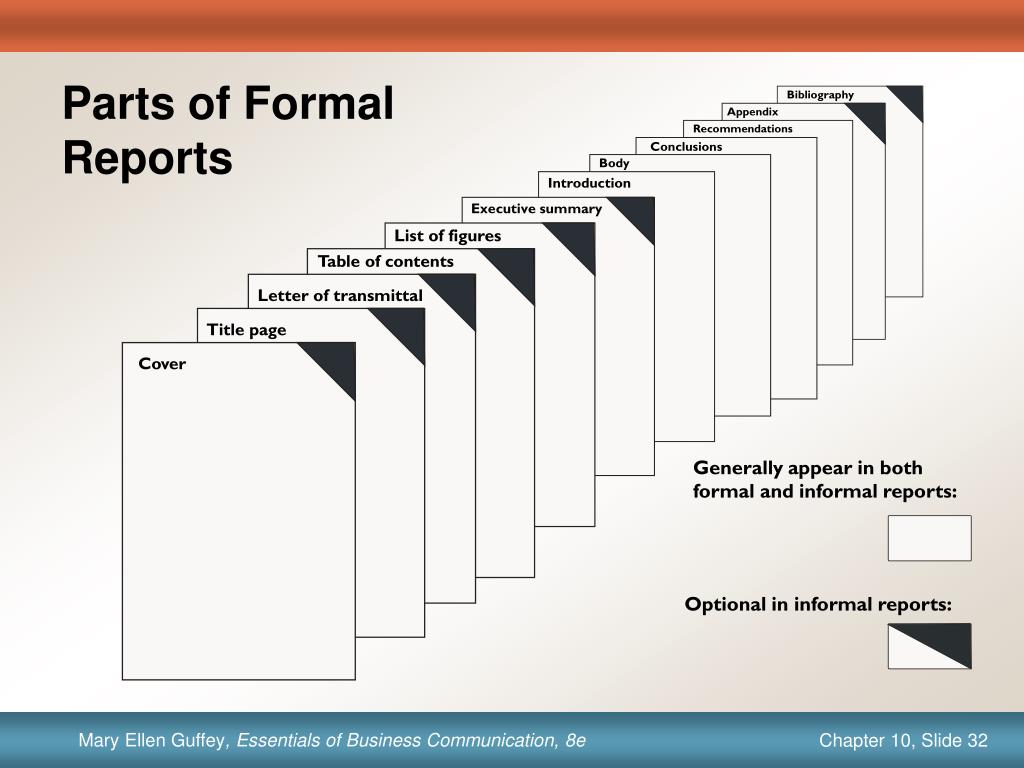 These reports are prepared in a given format and they are presented to the authorities in an already established manner. They are submitted to committees and bodies or heads of various departments or organizations. Since the report talks only about business in a formal way they are termed as, formal business reports.

These reports are prepared in a convenient format which is convenient to the reporter and presented to the required person immediately after demand. These reports can also be presented in the form of a memorandum or a Business Letter. Since there is no fixed format for these reports it is termed as informal reports.

These are types of Business reports which are prepared with the intention of providing information in a descriptive way which address is a particular issue or situation or a problem. They provide information in an exhaustive and detailed manner which is used for the by the authorities to gain an insight on the matter that is why they are termed as informative reports.

The report which is prepared by secretaries or any other individual which record word to word discussions that are made in the meeting are called Verbatim reports. For example, in case of auditor appointment resolution has passed in the meeting and that reservation is recorded as word to word as Verbation report. Also, in the case of voting where joint votes of different members are taken into consideration, the verbation reports include names and manners of voting along with the results. These types of business report should not be confused with minutes of the meeting which is a record of proceedings and decisions a summary of the meeting.

The report that is made with the assistance of important details that have been discussed in the meeting is called a summarized report. These types of business reports are made with the intention of sending it for the press release or for the shareholders of the company or a member of the certain institution. 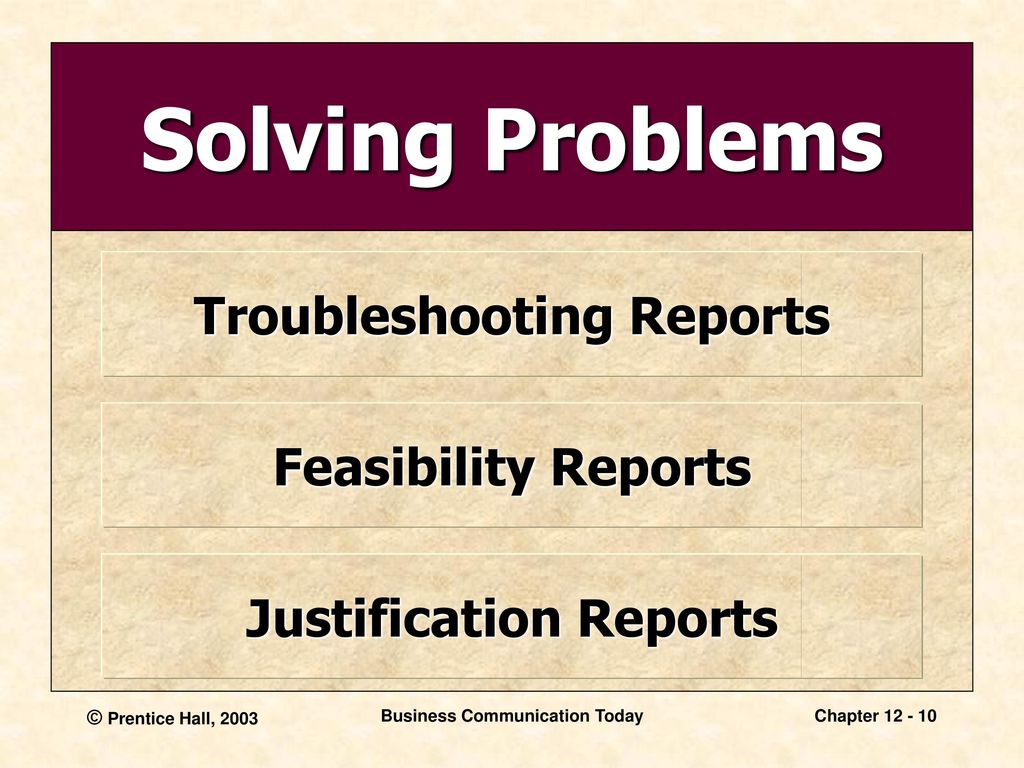 As the name suggests, problem-solving business report help to solve a problem by suggesting or recommending a plan of action regarding a certain situation. The report also contains causes of such problems and the conclusion is done in various ways that can be adopted to solve the problem. The report also contains ways in which that problem can be avoided in the future by implementing certain steps.

There are numerous situations in an organization where a finding of a fact is required. For example, the breakdown of machinery in factory premises or rivalry between associate and the manager. The situations require in-depth reasoning for the situation that has arisen. In those cases, the fact-finding report comes in handy which presents facts in the report from a third person view. These reports are presented to the top management based on which they can take action about the situation at hand.

Technology is advancing faster than the speed of light and that is the reason why companies upgrade themselves with new technology is from time to time. Whenever such a monumental change and Technology is taking place in an organization a Technical Business Report is prepared to assess the level of Technology. These reports include a detailed way to undergo the change including time and money that will cost, which helps the top management to take a decision.